More monochromes shot on film at Varanasi, definitely one of India’s most Indian cities.

Along the Ganges River: where it’s ok for cows, people and boats to just sort of chill out all together. 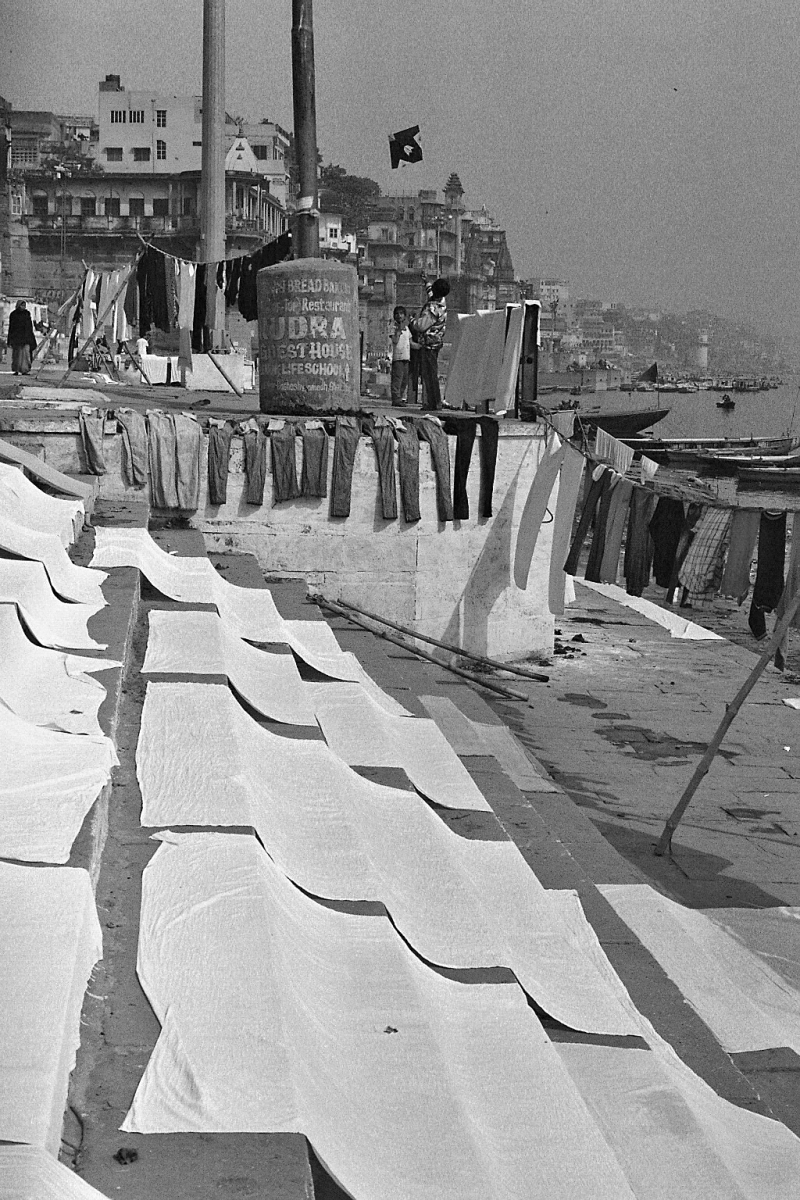 On the other hand, some bits are quite busy, as here, where laundry is laid out to sun-dry after being washed in the Ganges’ bacterial broth. 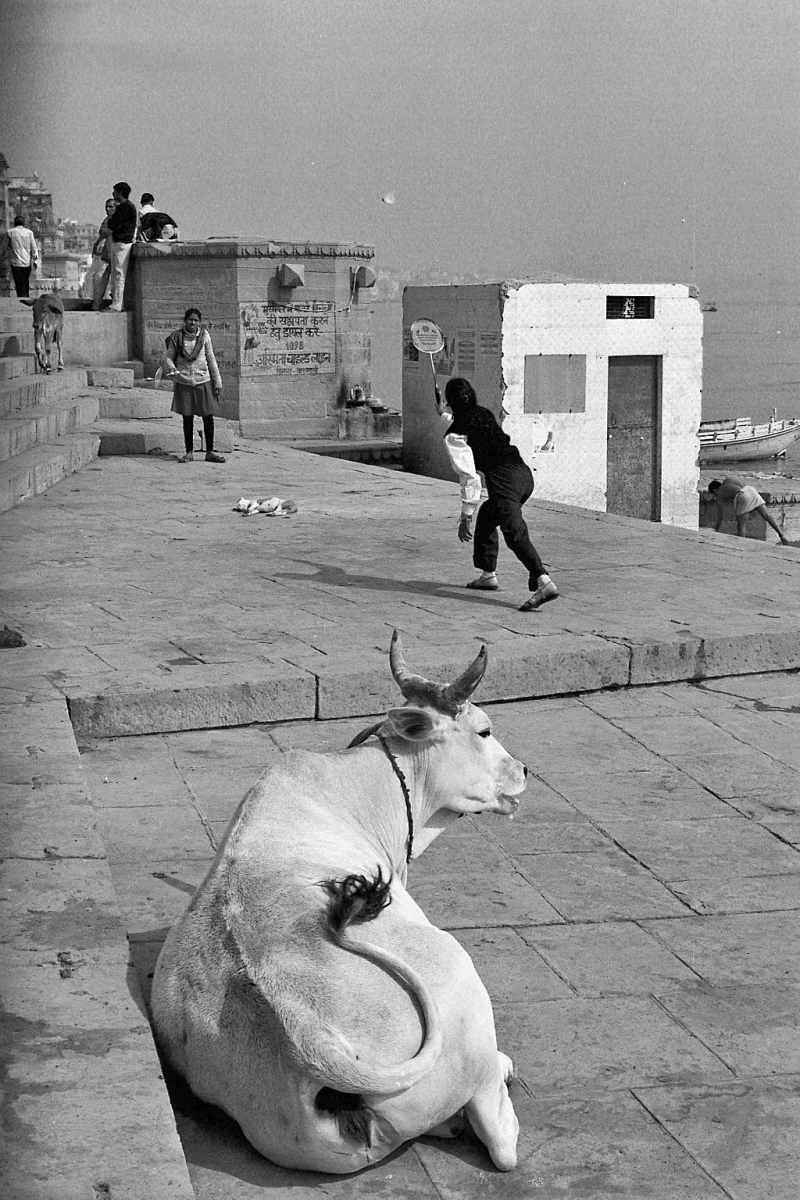 And some other sections are a bit of both. Here a bovine chills while two young girls play a game of badminton using a sleeping dog as a net. 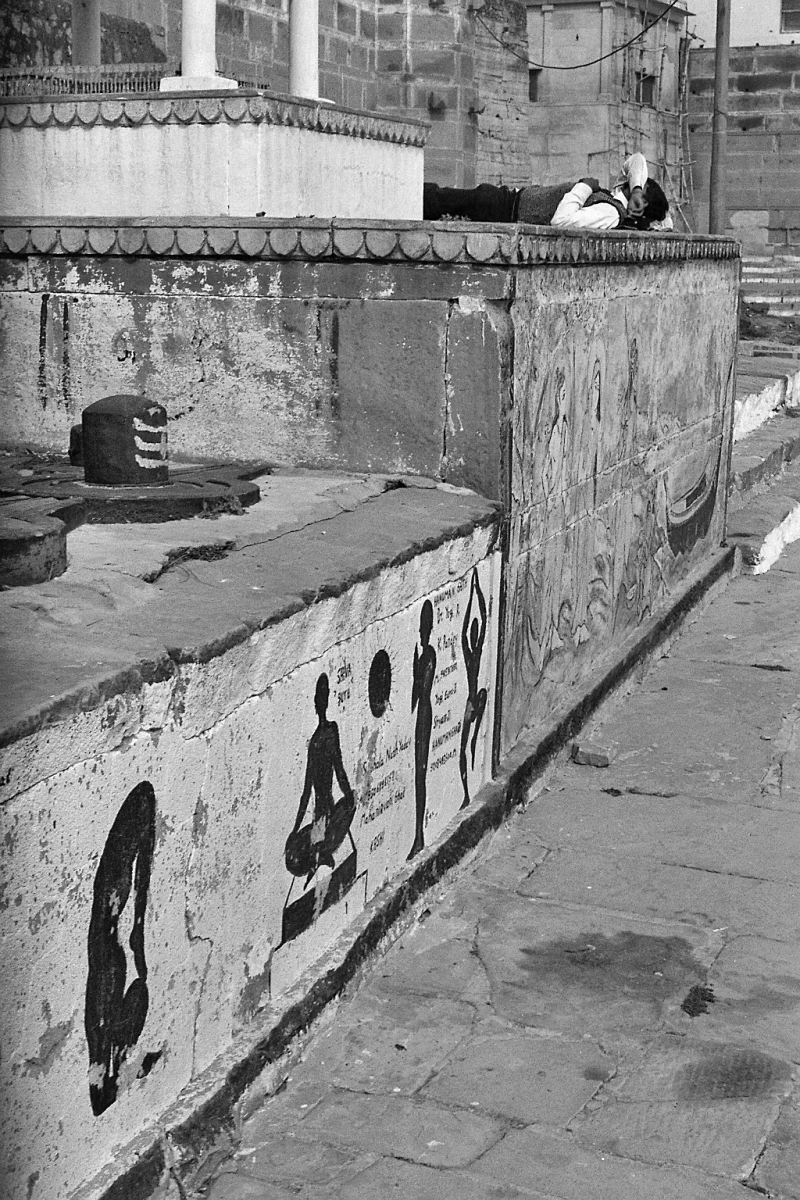 One sharply-dressed gentleman snoozes near some graphic advertisement for yoga classes. 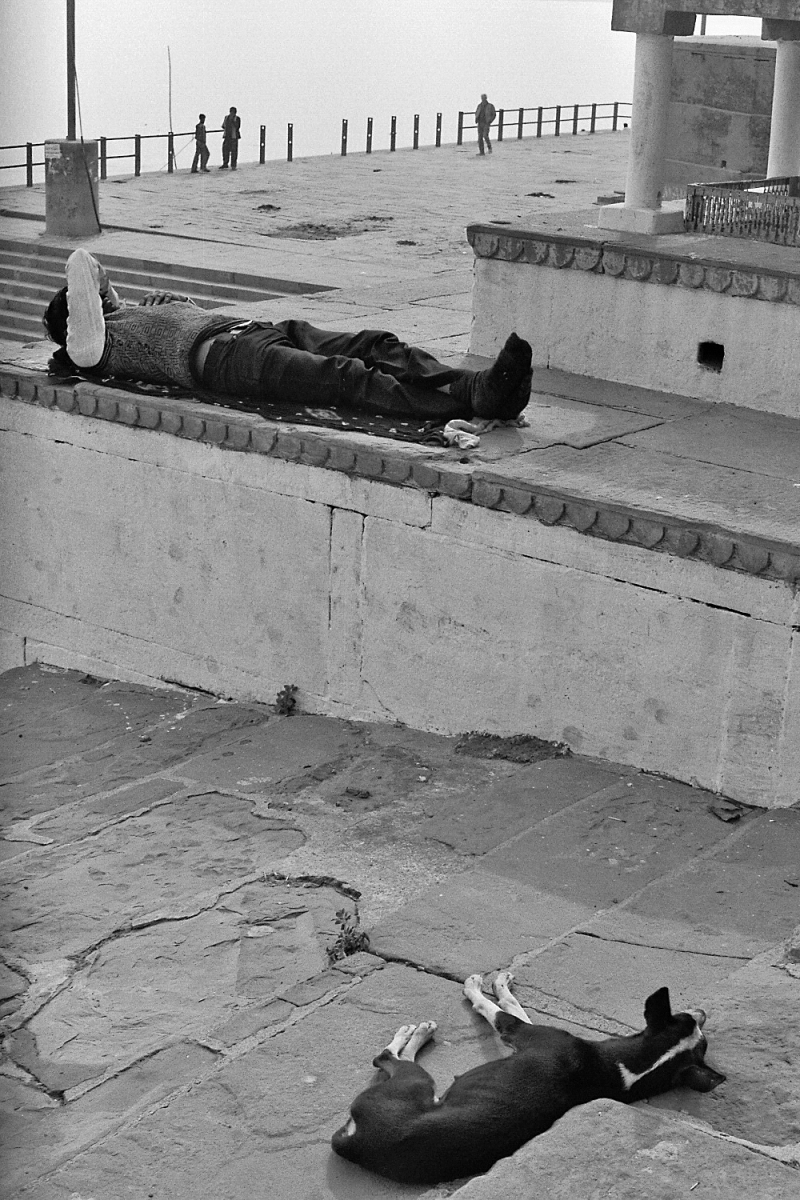 After all, the scenery is somewhat relaxing, on the ghats by the Ganges river…