Just days ago, several thousand Harley-Davidson motorcycles converged on the eternal city for a rally. It was fun to find out that behind all those skulls and leather armors, there are girls and boys only too happy to play with their expensive toys. 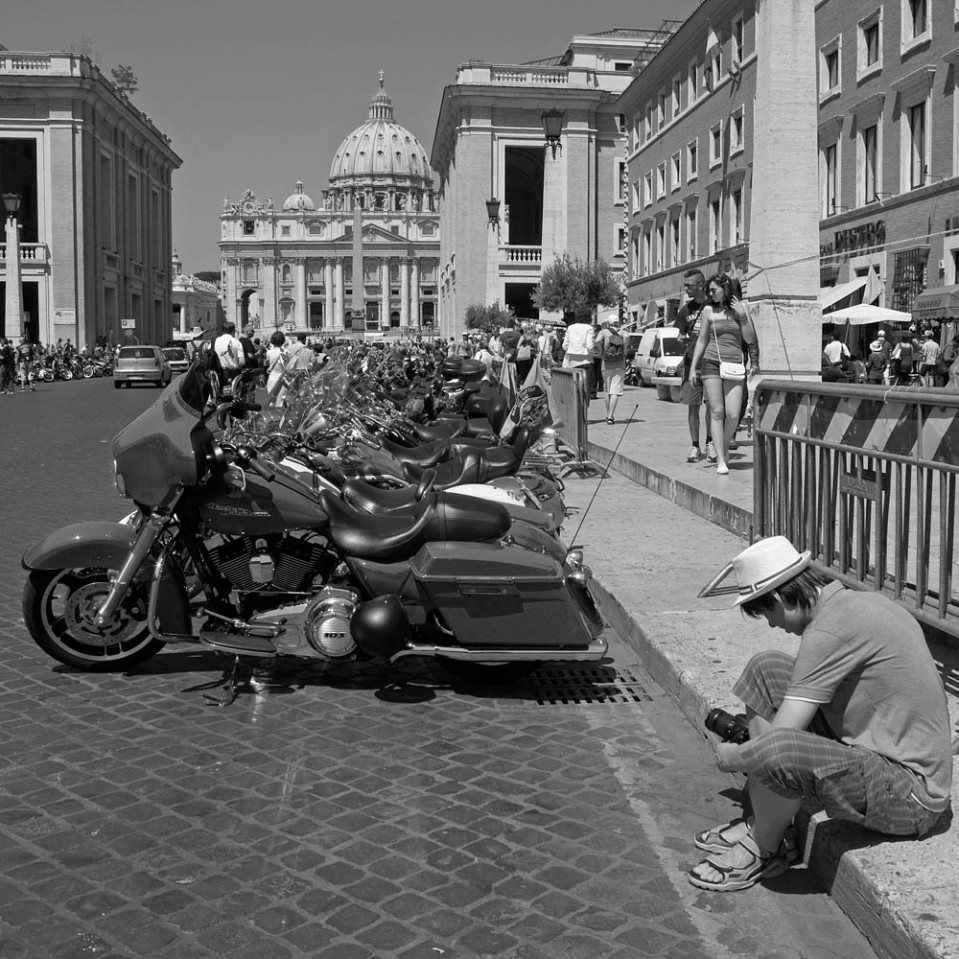 Finally, something worth shooting among all that boring architecture…

She only rides solo. He prefers to travel with a friend.

This irreverent t-shirt rode all the way from Bavaria. In reverse. 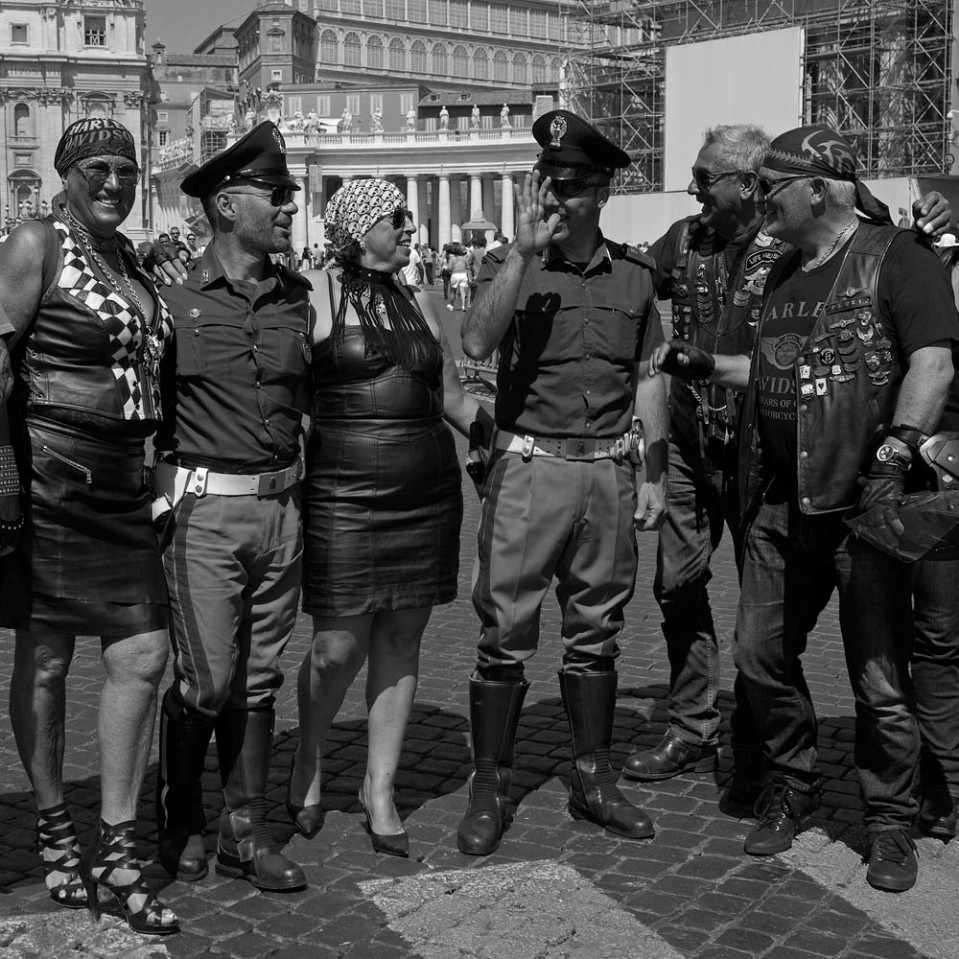 These motorcycle cops’ eyes were out of their sockets, at the sight of so much horsepower.

The cop declined an invitation to sit on a Harley, but agreed to let these bikers straddle his Bmw.

The little girl wanted a snapshot with the biker in the Viking headdress, while the Roman lady on the right wanted a picture with each and all of the big boys.

Me, in Rome, in monchrome, on chrome.

Dang: i can hear Harleys, but i can’t see them. Where are they…?

There were, perhaps, many more photo opportunities. But my attention span is limited, especially when dealing with hot, smelly, noisy pieces of machinery. So i took a few snaps at Saint Peter’s square and that’s it.

In any case, it was a wonderful weekend for everyone, and it was great to see, all in one place, motorcycles from Russia, South Africa, California… And it was even better to largely ignore the machines, and take a good close-up look at the people, instead. Hope you enjoyed!

27 Responses to “ROME – the Harley files”