Mexico City, a photo essay. Yes, another one… 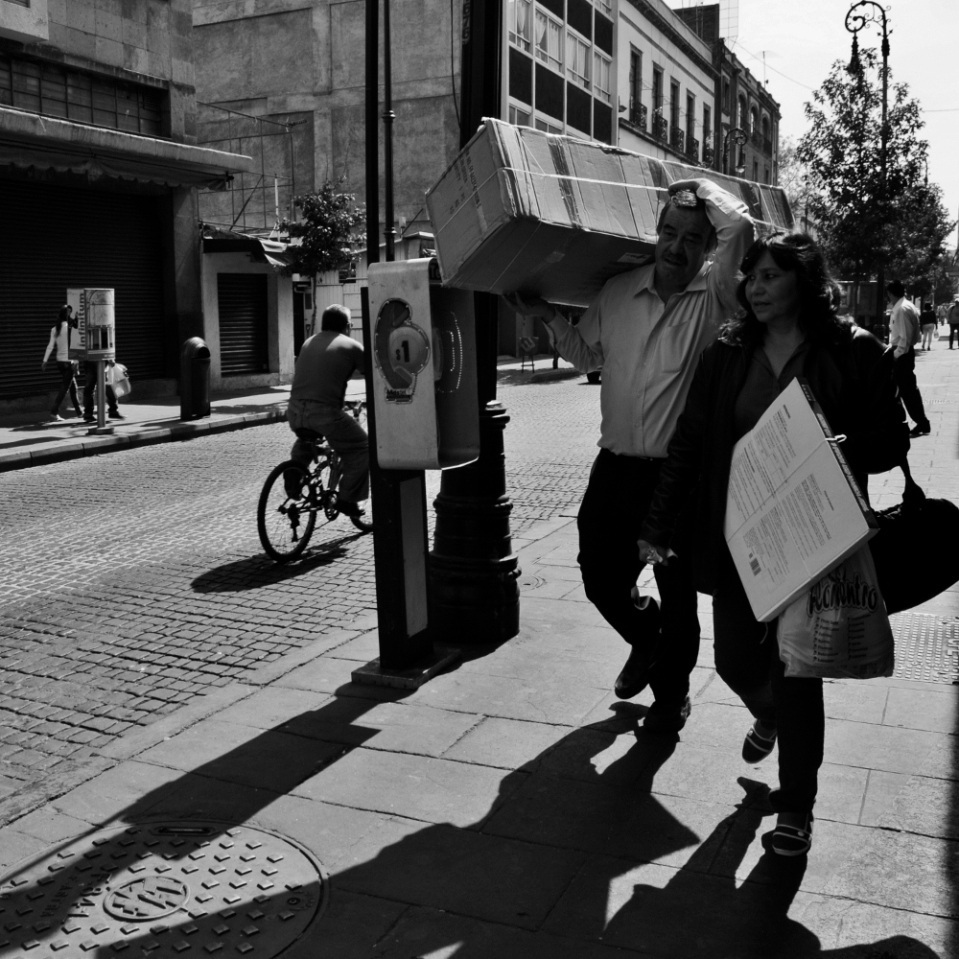 Carrying a load. A wild guess as to the contents of the large box? I’ll bet ten pesos it’s a plastic Christmas tree. 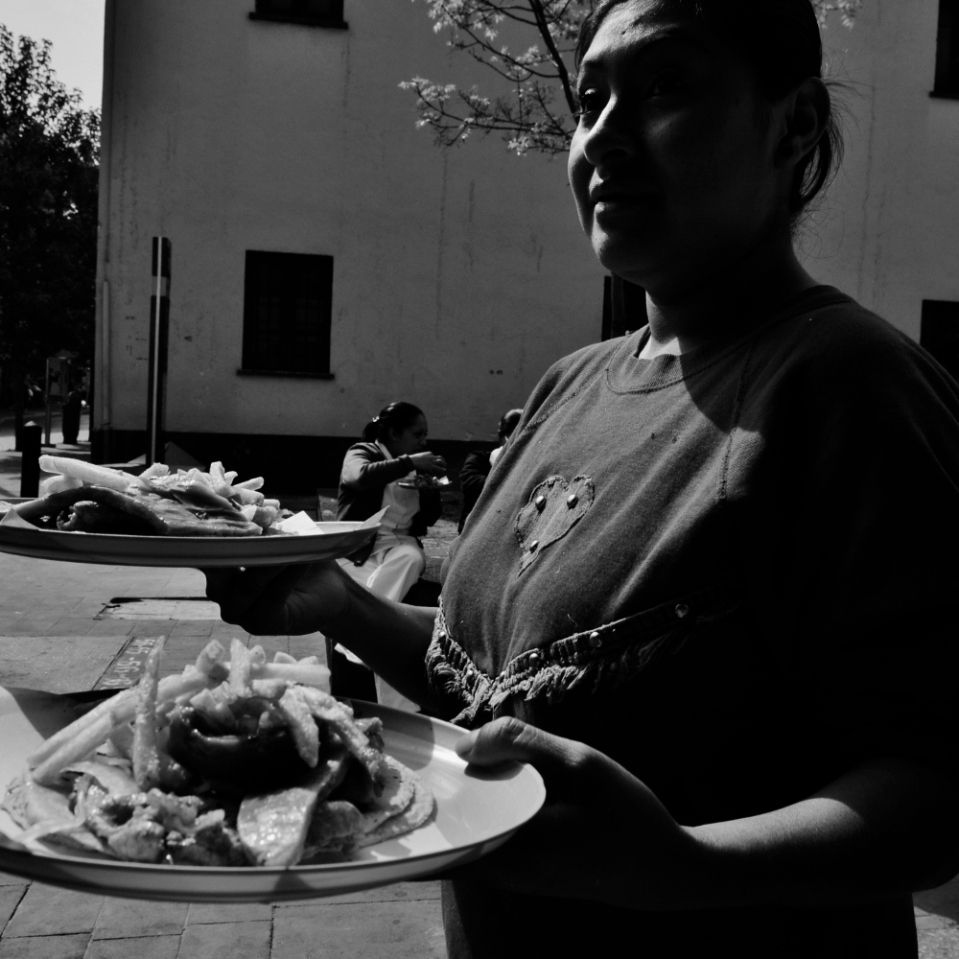 Waiters often make for great street photography subjects. First of all because their hands are too busy to beat up that pesky photographer, but mostly because they are righteously proud of the great food they are serving. 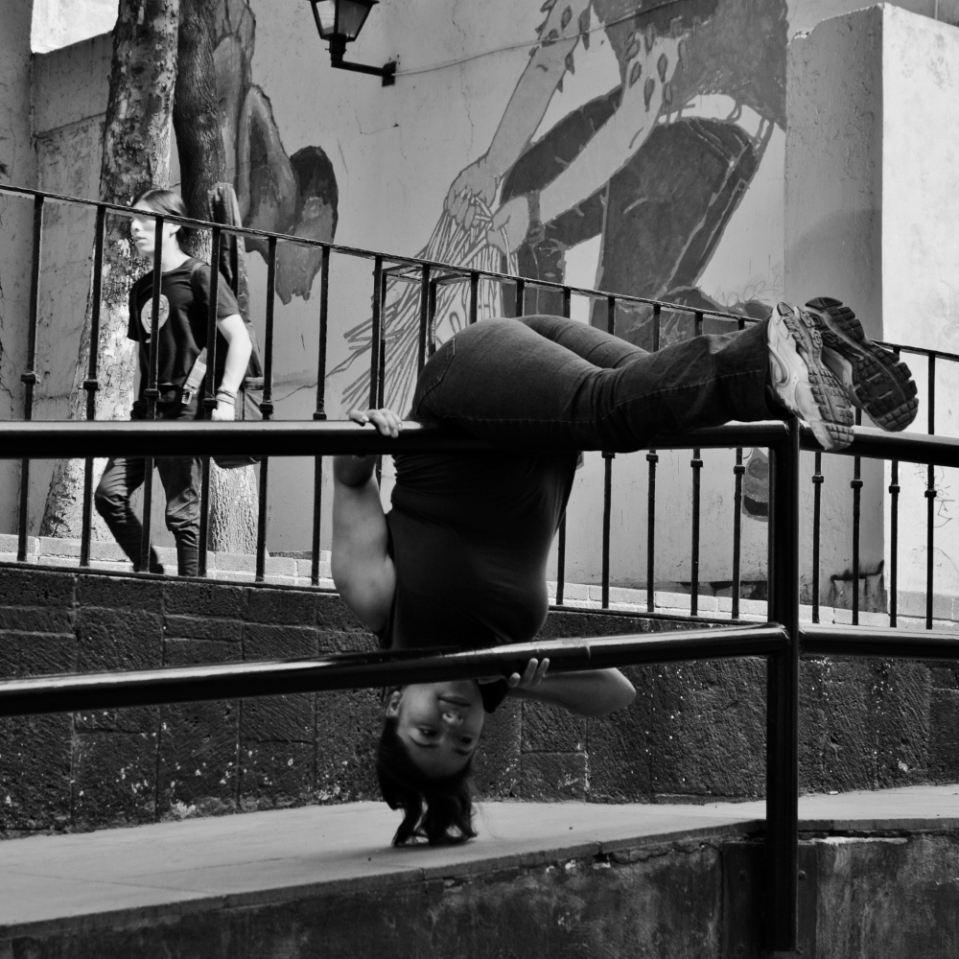 Another photo from the Teatro del Parpadeo’s alfresco rehearsal (see last post). Note the kid carrying a guitar in the background, walking by a semi-suspended, inverted young lady as if it were nothing unusal to behold. 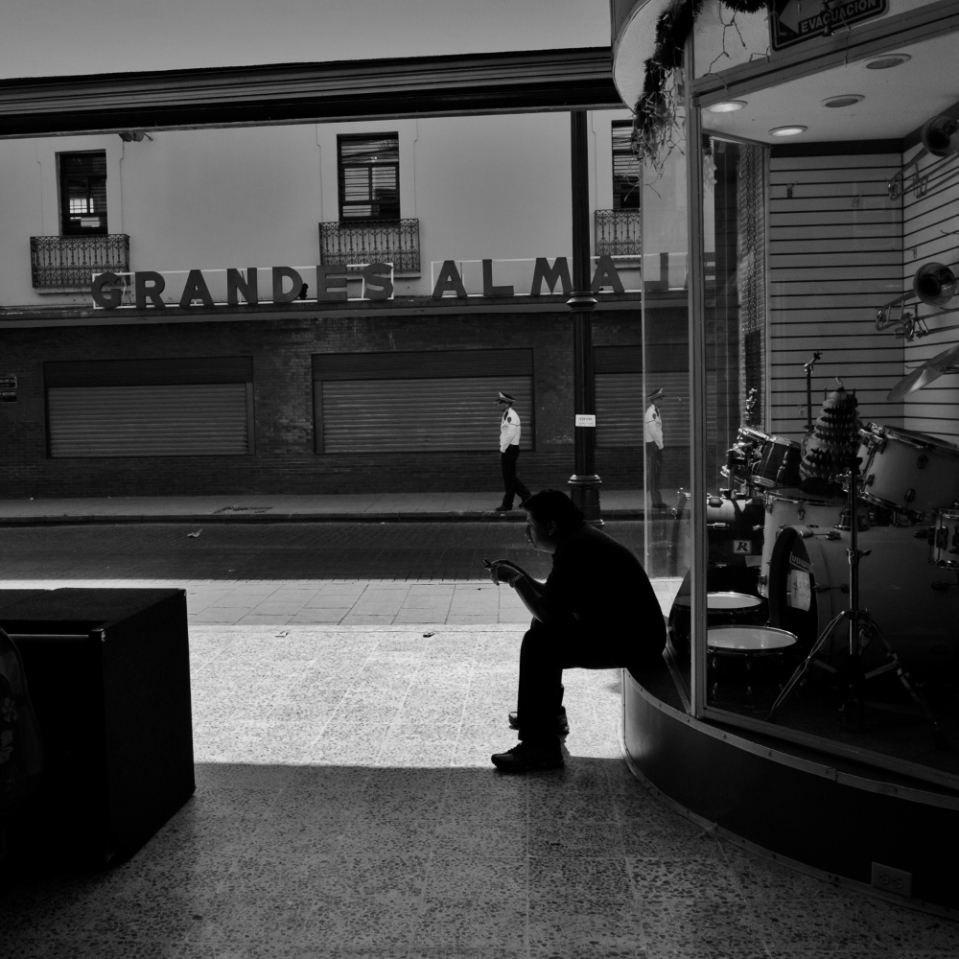 A gentleman enjoys a cool seat in the shade at the entrance of a shop selling musical instruments to take a break and send a text message, as a cop in the background makes his lazy rounds. 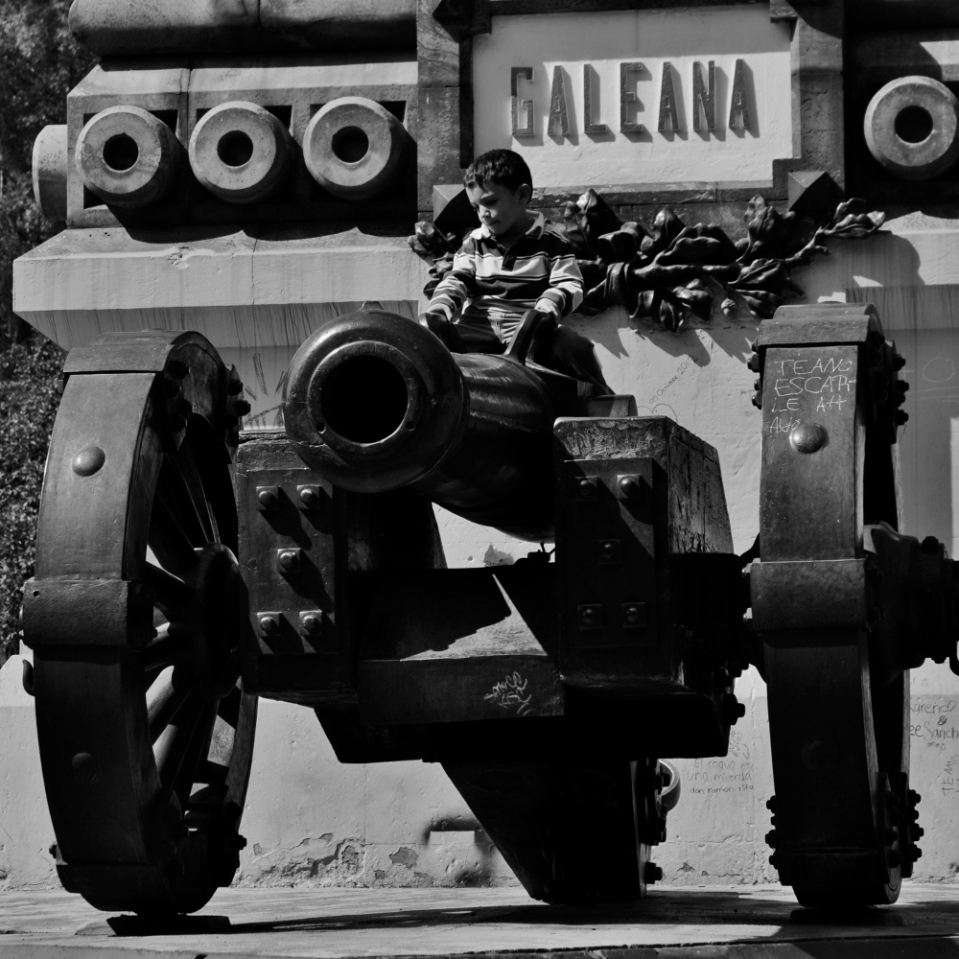 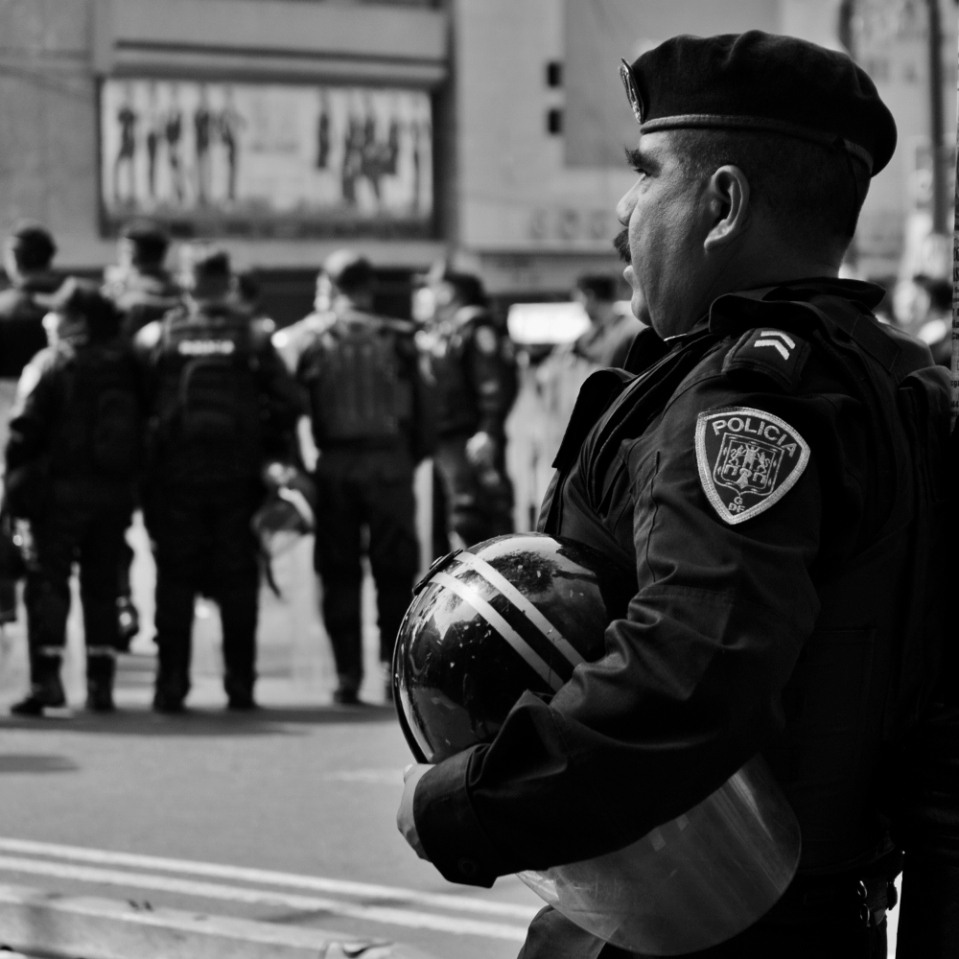 …and riot police suddenly cordoning off a main street because of widespread clashes with protesters act a sobering call that perfect peace is yet to be achieved today, as well. In this case the protests were over the new president’s inauguration, in December 2012. 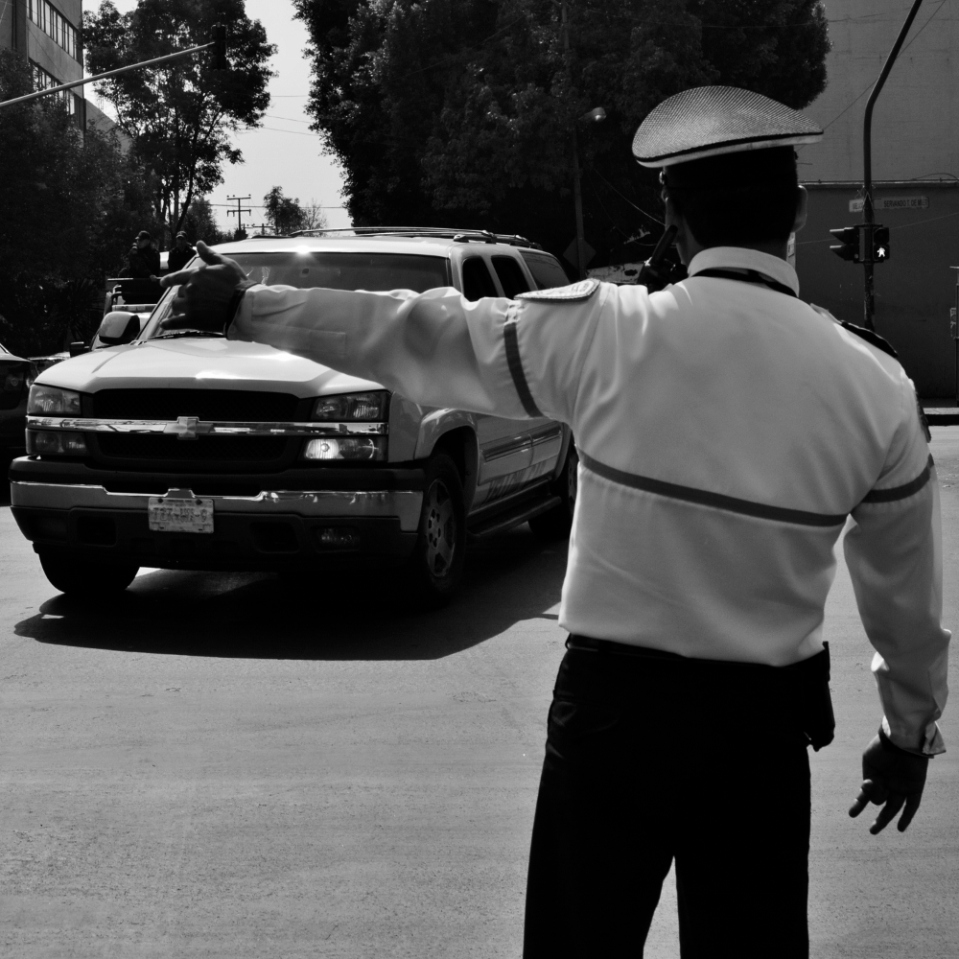 Traffic cop diverting traffic beacuse of rioting in the city center. Nobody can get through… 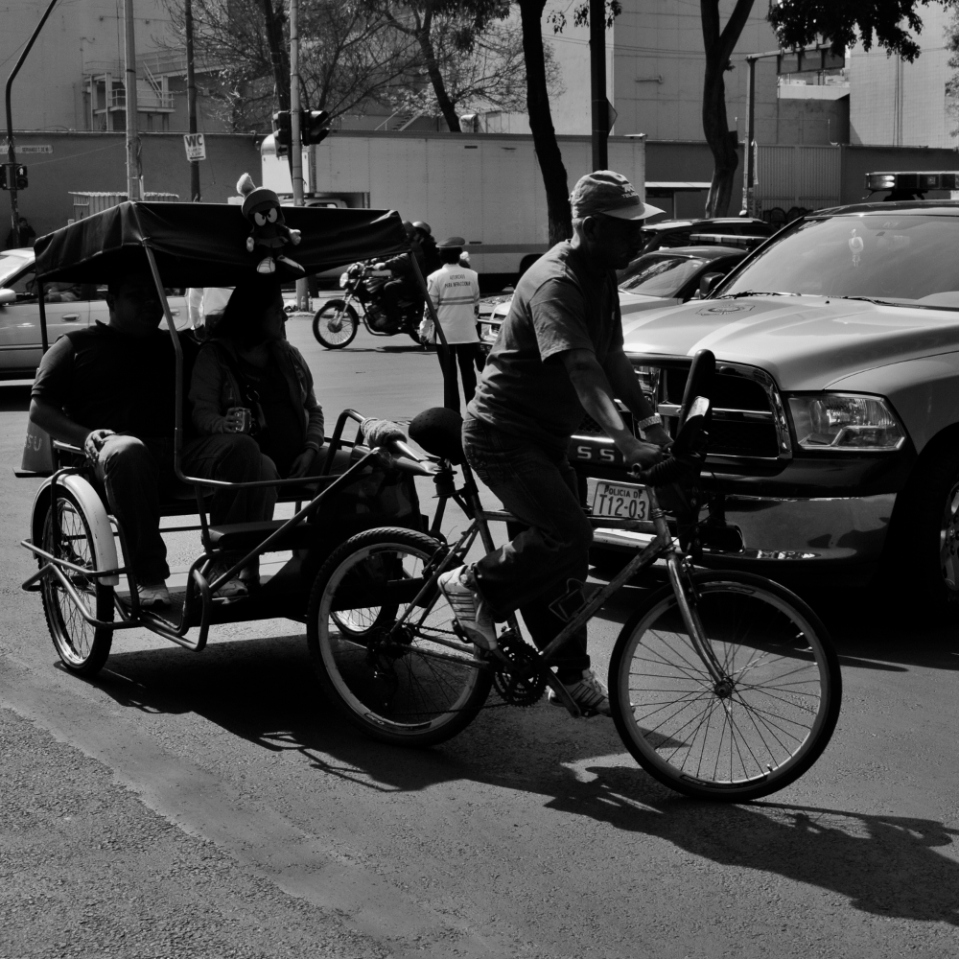 …Unless, of course, you know how to ask politely, as this bicycle rickshaw operator obviously did. The cops shifted aside to allow him and his passengers along his way, and even wished him a good day, for good measure.