I am the little prince, and i’m glad you made it here just in time. Because, you see, today i leave my own asteroid and embark on an epic journey through space. I want to find out about the other worlds, the nearby planets where grownups live. It seems logical to start from the solar system they call Rome, as it’s one of the oldest known to man, or so i am told.

Planet Piazza della Rotonda is known locally as Planet Piazza del Pantheon. I thought it would make a good first stop, as it neatly sums up the fading, earthy colors so typical of the Eternal Solar System.

The other side of Planet Piazza della Rotonda has a round square (!) which is no doubt where the planet got its name. One side of this Piazza has an obelisk, which was stolen centuries back and hauled over from nearby Superplanet Africa.

Planet Colosseum is one of the oldest in the Rome Solar System, as the many craters on its battered surface clearly testify. Still, it somehow bears a majestic, almost proud look. 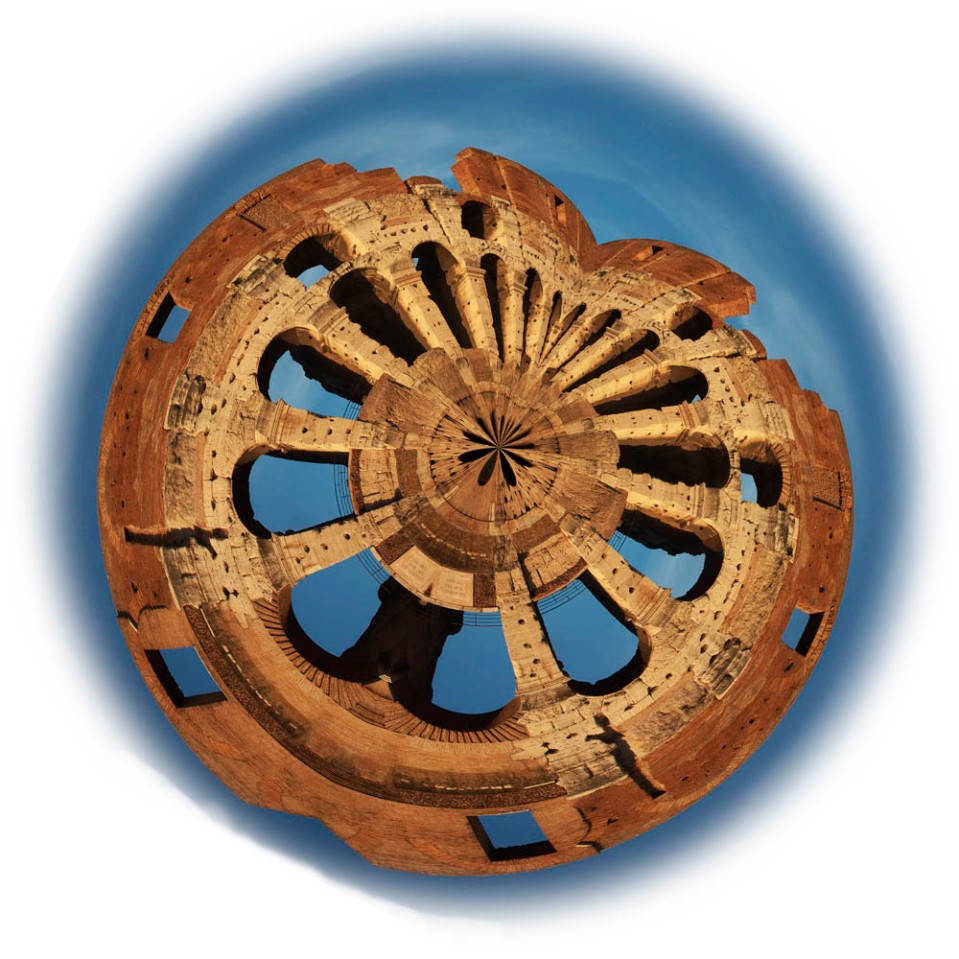 The oddest thing about Planet Colosseum is that it’s two different sides appear quite different, both as far as materials and style. This is due to Comet Time, which at one point brushed by so close that it almost took the whole Planet Colosseum out of existence. Fortunately, it only managed to shave off a small portion of the whole. 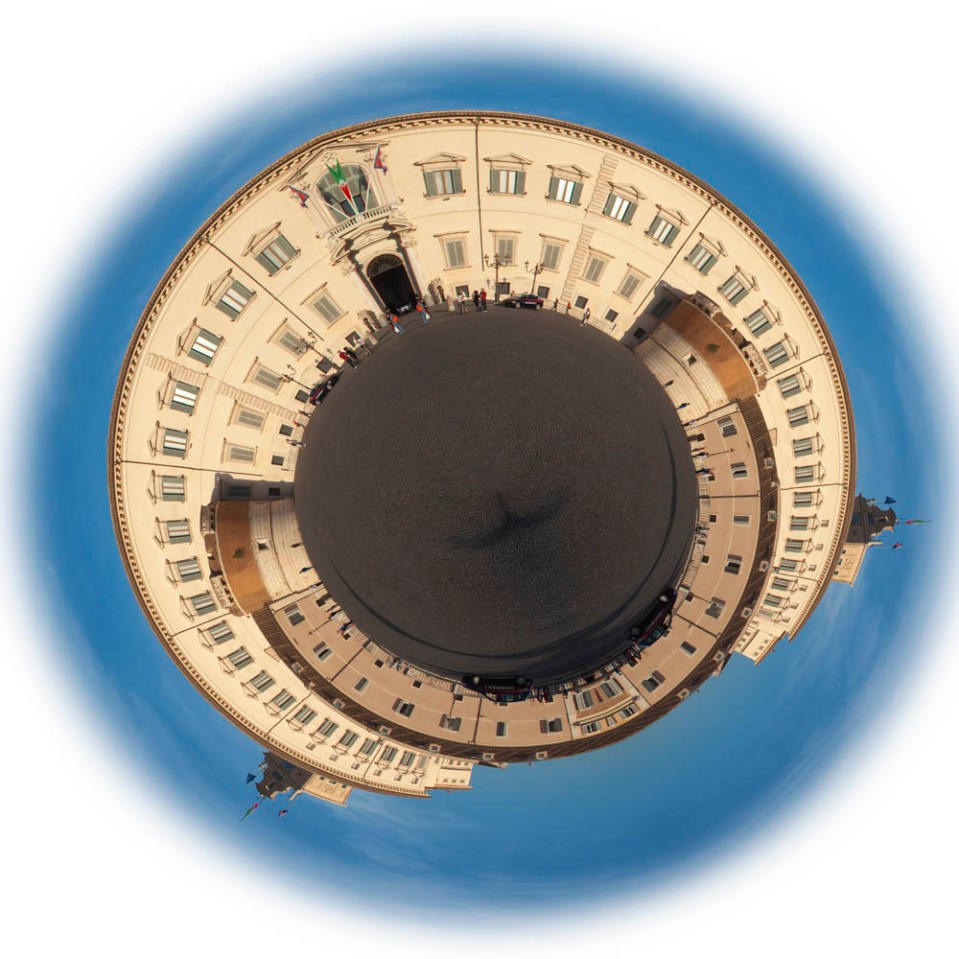 Planet Palazzo del Quirinale is a prison for the Universe’s most dangerous. According to Wikipedia “It has housed thirty popes, four kings and eleven presidents of the Italian Republic.”

The other side of Planet Palazzo del Quirinale has a circular courtyard where popes and kings may stroll a few minutes every day, but only under close scrutiny of the Carabinieri, one of the universe’s police forces.

Planet Lungotevere is known especially for the Lago Tevere, or Lake Tiber, a perfectly circular lake completely walled off from the rest of the city for fear of floods, the last huge one of which occurred in 1870.

Planet Castel Sant’Angelo is unusual, dominated as it is by a huge and ancient castle. The population of this planet is made up largely by stone angels 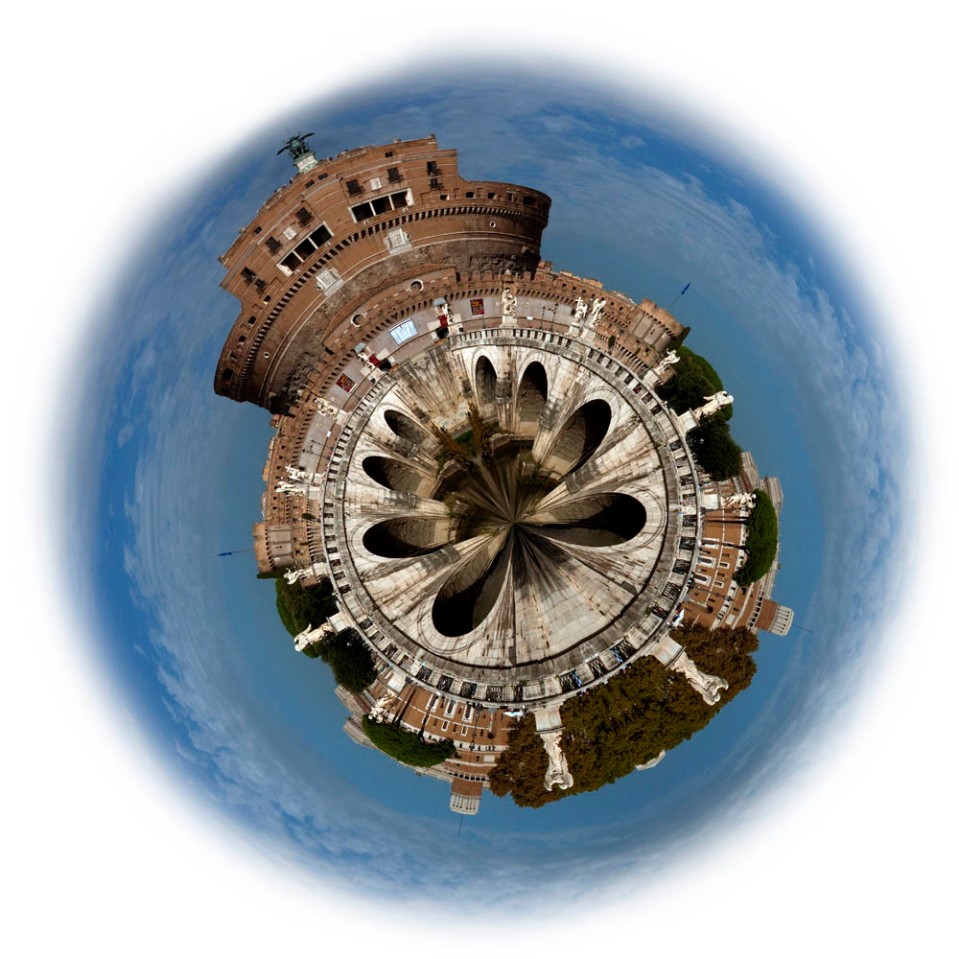 Seen from the other side, the castle on Planet Castel Sant’Angelo appears, if possible, even larger and domineering. Always under the watchful eye of the stone angels, people are allowed to walk along a round bridge. And of course they are allowed to do so only because the bridge leads nowhere.

Planet Vatican is easily the scariest of them all. The main feature is an endless series of columns topped by stone people and papal emblems, which many attribute to be a sign left by the passage of a former space traveler, Gian Lorenzo Bernini.

As this brief sequence clearly shows, Planet Vatican is not stationary, but rather creeps up ever so slowly towards other, unsuspecting planets, slowly opening its fierce jaws, Pac-Man style.

The people engulfed by Planet Vatican are locked into a cage of ever-increasing columns for ever and ever. Amen.

But i couldn’t go home without taking another peek at my favorite planet of the day. The light has changed a little, and Planet Colosseum still looks as lovely as ever. 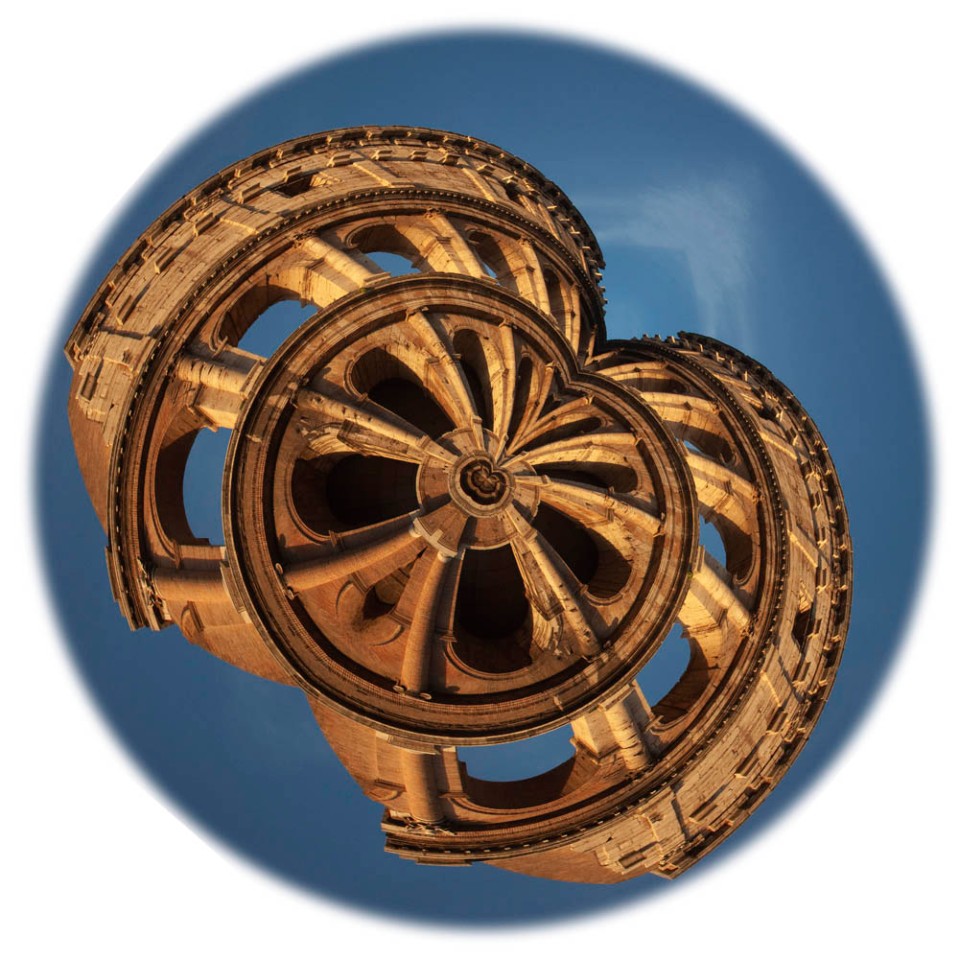 And again, it is a wonder how such a perfectly round planet can look so different from different vantage points.

Those who know my photography know i normally make no use of Photoshop beyond adjusting contrast and tewaking levels. But sometimes it is worth a dabble into some of the odder effects it offers. In this case the key ingredient of these images is a filter which introduces so-called “polar coordinate distortion”. All this does is turn a square photo into a circular one. Several tutorials exist online that explain this technique.

As always, feedback and comments are appreciated.

37 Responses to “TONDO – around a round Rome”