Here is a set of images i collected last winter in the south of Mexico. Some are from the western – Pacific – coast, while others are from the Atlantic side, facing a bright blue Caribbean Sea. So bright and so blue, in fact, that i just had to shoot it in black and white…

After a few days of nonstop rain, it suddenly got hot and bright and sunny, drawing crowds of cheerful teenagers to the white sands of Holbox Island.

Young man making the rounds on a tightrope – actually a nylon strap – near a dilapidated concrete structure in Holbox Island, Quintana Roo. 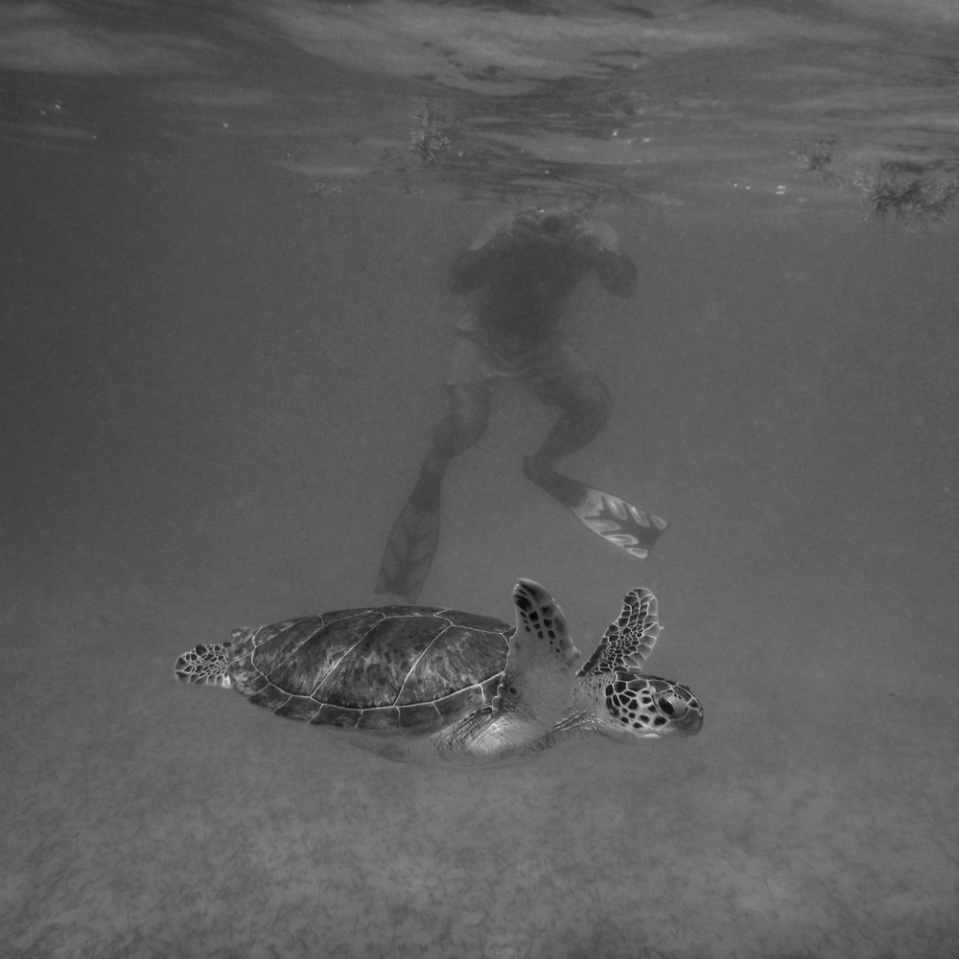 Shooting a free turtle in Akumal Bay, Quintana Roo, where for a few pesos you can rent goggles and flippers and swim within inches of these gentle reptiles.

Pelicans perched on top of the skeletal remains of a wooden jetty for the night photographed from a distance of a few feet. Isla Holbox, Quintana Roo.

In this case the flock of seagulls was attracted by a fisherman cleaning a very large manta ray and discarding the innards and other unusable parts. Holbox Island, Quintana Roo. 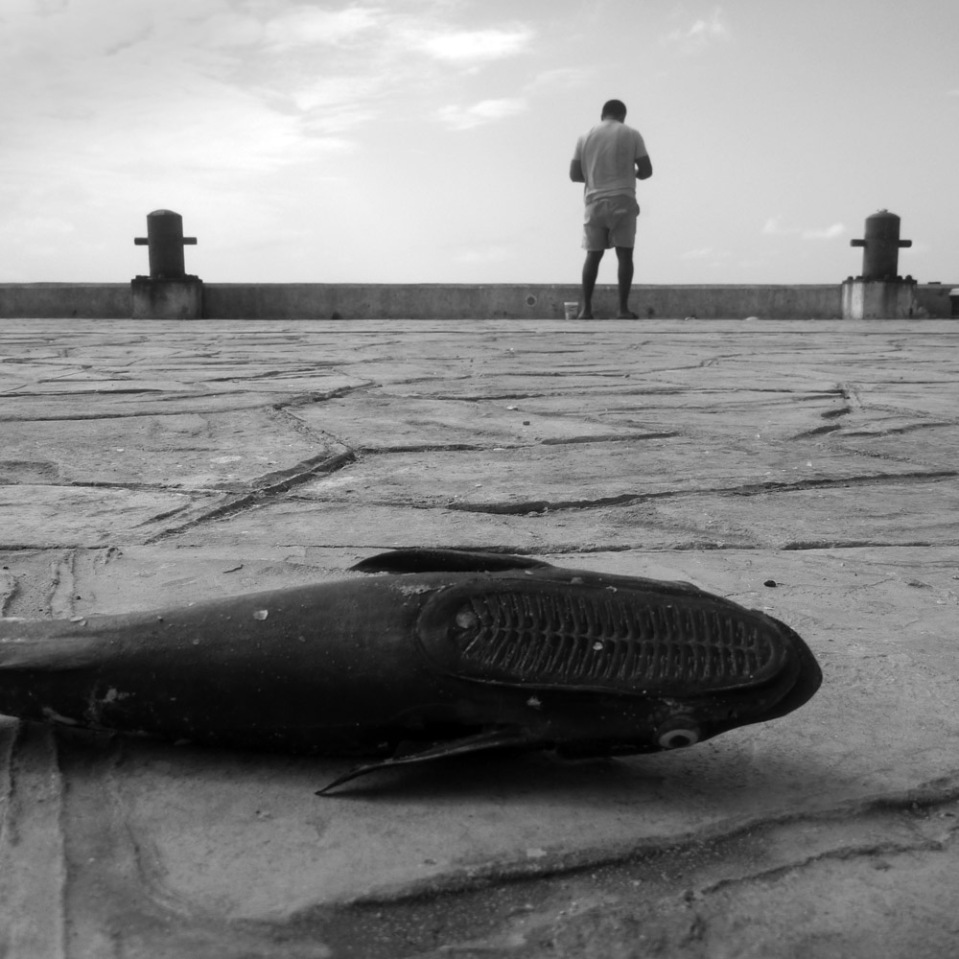 This remora would have been better off had it stayed safely attached to a shark instead of chosing to nibble at the fisherman’s bait… Progreso, Yucatan.

Man shelling the twenty or so kilos of oysters and other shellfish he has just harvested in the open waters of the Pacific Ocean at Zipolite, Oaxaca.

When it’s not raining, constant warm winds blowing towards the shore over a waveless and shallow sea conspire to make Isla Holbox one of the world’s prime spots for kitesurfing.

Writing in the sand against the surreal backdrop of a concrete jetty jutting out into the shallow Caribbean Sea for miles, to where the waters are deep enough to allow the tourist-toting cruise ships to dock. Progreso, Yucatan.